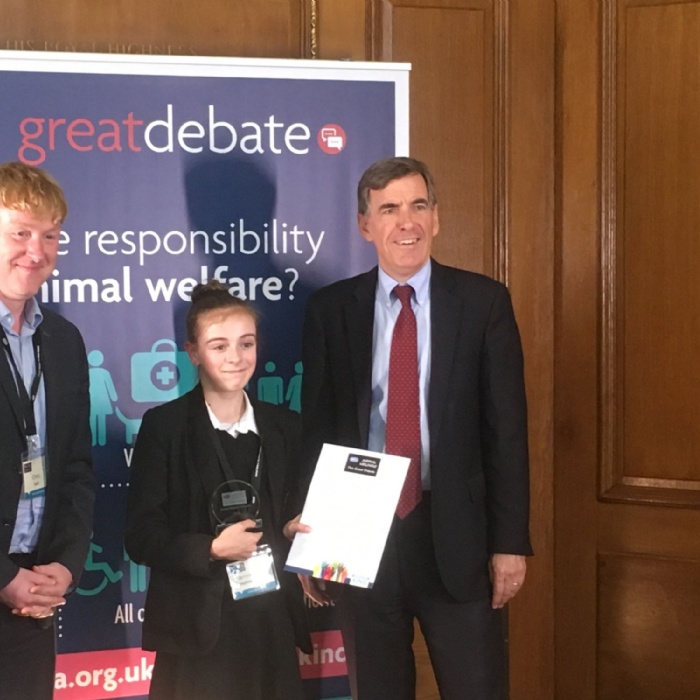 A group of Year 8 students from Highdown qualified for the national final of the RSPCA Great Animal Welfare Debate, which was held at Church House in the Palace of Westminster.

The team consisted of four Key Note Speakers; Harriet Ranson, Clemmie Thorpe, Emily Larsen and Mo Cook, as well as two Media Officers; Maddie Shand and Ellie Hayden and an Observer; Ella Tripathi. Highdown debated against other schools who had qualified as regional champions from Birmingham and Leeds on the topic of ‘Whose responsibility is animal welfare?’. Each school had been given a group to represent and our team eloquently argued that vets should have the most responsibility when it comes to animal welfare. A special congratulations goes to Clemmie Thorpe, who won an individual award for Best Speaker in the category of Animal Welfare Champion. A massive well done to the Highdown team.