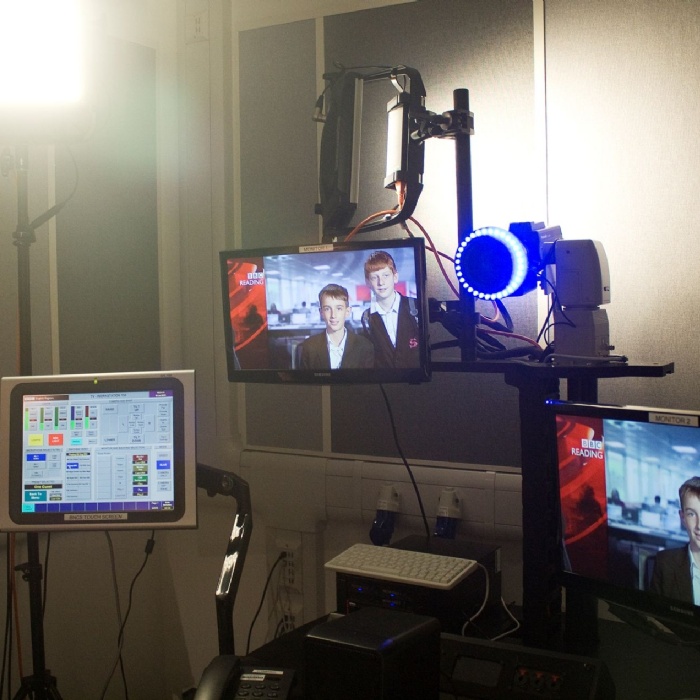 Highdown School Radio students visited BBC Radio Berkshire as a reward for their hard work and commitment to the extra-curricular club during this academic year. They were also joined by a few students who had been nominated for their work at the Highdown BNC Club.

This trip has been running annually for several years. This year was slightly different as we went to their new studios at Thames Valley Park in the school minibus following their move from Caversham Park last year.

The aim of the trip was to show them professional radio studios and inspire ideas for their own shows, reports and jingles as well as careers advice for those considering working within the media sector in the future. They were also able to see the TV room used for local news reports and the offices where the news is uploaded to the BBC website.

We would like to thank BBC Radio Berkshire for taking time out of their busy schedule to show us around.

Hear the students' review of the trip by listening to their podcast below.